Earlier this year, First Lady Michelle Obama established Let’s Move, a program with the ambitious and important goal of ending childhood obesity within a generation. And yesterday, a conference called “Keeping Kids Moving” examined the ways transportation policy can help America achieve that goal.
The sad truth is this: today, 32% of children in the US are overweight or obese. That means one in every three of our nation’s children are at risk for serious health conditions like diabetes, asthma, heart disease, and stroke. 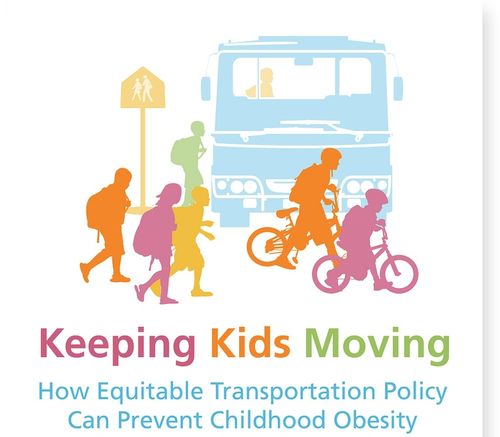 That’s why Dwayne Proctor, Director of the Robert Wood Johnson Foundation Childhood Obesity Team, sounded the alarm in his opening remarks: “This could be the first generation in America to live sicker and die younger than their parents.”
America is beginning to understand that childhood obesity is a national problem. And we need to look for solutions wherever we can find them.
At DOT, we know transportation can be part of the solution, because the way people travel shapes our communities and affects our levels of physical activity. We recognize that transportation is a public health issue. 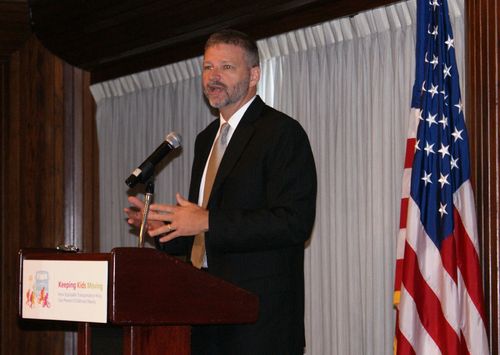 Yesterday, DOT Undersecretary Roy Kienitz talked about how transportation decisions that value things like “vehicle throughput” instead of pedestrian safety affect America’s communities. And about how transit decisions that emphasize “minutes-saved” pit outlying suburban commuters against their inner-lying urban neighbors. Recognizing that those policies have had an effect on public health, he said, “Transportation is about more than engineering.”
But, as Undersecretary Kienitz told yesterday’s meeting, DOT has taken steps to fix the formula and find a different approach.

Through our work with HUD and EPA in the Obama Administration’s Partnership for Sustainable Communities, through our TIGER discretionary grants, and through a range of other programs like Safe Routes to School, we’re funding the kinds of projects that will help develop livable communities and provide opportunities for people to walk, bike, or take transit.
Everywhere I go, I hear from Americans that this is what they want. In fact, walking and biking have increased by 25% in the last ten years. 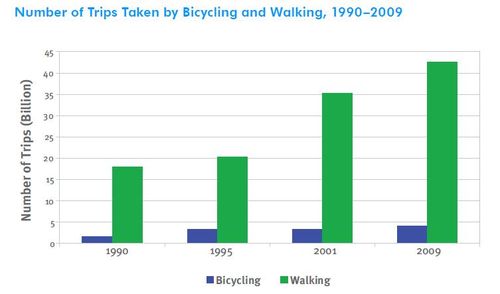 People want options. They want to be able to be more physically active on streets that are friendlier to pedestrians and bicyclists. And when adults model physical activity, our kids see it, and they get it.
But the link between transportation and obesity doesn’t end there.
Also at yesterday’s meeting, Nashville’s Adetokunbo Omishakin talked about the more than 6,000 households in Nashville who don’t own a car and are not within a mile of a grocery store. At certain times a bus trip to a grocery store could take three hours round-trip. So residents buy food for their families at convenience stores or small groceries whose shelves can’t offer the healthy options of larger stores. 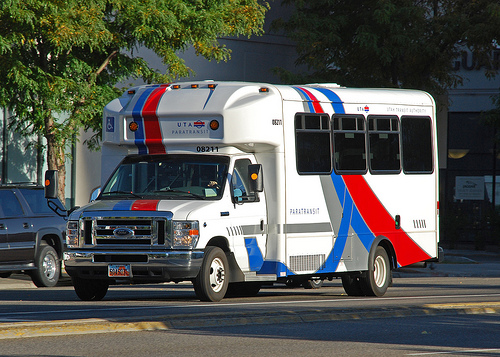 You see, it’s not just about improving sidewalks or bike paths. The assumption of the last half of the 20th century was that people would own cars. And because that isn’t true, people have been forced to make choices that contribute to the obesity trend.
That’s why, for example, our recent Urban Circulator and Bus Livability grants have been received so warmly.
This is about connecting communities. It’s about solving real problems. This is the kind of practical change the Obama Administration is delivering.